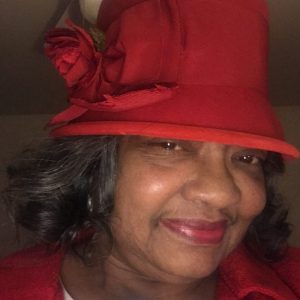 A Matter of Color

White all Right, Black Get Back

While dark skin denotes acceptance and a sense of belonging on the African continent, light skin raises questions of authenticity and a conflicted sense of identity. A division of individuals based on the difference of appearance began with slavery and colonialism and has led to discrimination and violence. It can have other forms, such as colorism, a concept intertwined with racism but distinct.

This article will explore why certain skin tones are exposed to forms of prejudice and look into the colonial legacies that still manifest within our society through media platforms and globalization processes.

Colorism discriminates against people according to their skin tone or shade. According to Hunter, colorism lies within the dual system of discrimination; but its outcome will differ dramatically by skin tone.

Colorism is not exclusive to the African American community. It negatively affects Africans throughout the diaspora through feelings of a lack of authenticity among those with lighter skin and feelings of inferiority among those with darker skin. It causes a divide between those who identify within the black African ethnic group.

The World Health Organization reported that 77% of Nigerian women use skin bleaching products regularly. Togo follows them with 59%, South Africa with 35%, and Mali at 25%.

The Dark Girls, a documentary released in September 2011, outlines the characteristics of colorism, Bill Duke and Channsin Berry direct it. Both directors were encouraged to produce the film after their personal experiences with discrimination due to their skin shades. Dark Girls explores the issue of colorism, a social form of bias, within Black culture against individuals, particularly women, of darker skin tones. Although racism is an equally important matter, colorism is a different phenomenon that needs to be addressed.

The documentary describes racial profiling as the beginning of the division between the ‘house negroes and the slave negroes’. Those who could successfully pass the ‘brown paper bag test,’ a test that looked at whether you are lighter or darker than a paper bag. Therefore, allowing for the internalization of the idea that those with darker skin were the lowest of human beings. Those with lighter skin were considered superior among descendants of African ethnicity.

Divide and conquer The House Slave vs. The Field Slave

From 1619 to 1865, slaves were treated like animals and considered property. Slaves were commodities, unworthy of the rights that white people benefitted from. Slave owners raped their women slaves, which produced lighter skin tones for their offspring.

Individuals with mixed black and white ancestry (Mulattos) had some privileges over those with darker skin color.  Many slave owners preferred lighter skin slaves. They assigned them positions where they could remain inside rather than work outside.

An article written in Forbes magazine reported that ‘147 million people worry about their identities. Colorism is also evident within Africa, which many scholars have also identified as a colonial legacy, as European settlers socially implemented it in the 19th century through concepts of racial profiling.

Rwanda is an example of Europeans using differences in African Ethnicity as an instrument for applying western social constructs of hierarchy (Pareisse 2014). Colonial administrators attempted to form order and decentralize the tribes by giving specific power and privileges to the Tutsis because they were ‘whiter’ than the Hutus (San 2010). Europeans measured the noses, skin color, temples, and faces of the African ethnic groups, to determine who was superior or closer to the Europeans.

The colonial administrators gave more power to the Tutsis. They were more ‘white than the Hutus.’ This allowed a complex of social superiority to evolve amongst the different groups. The slave owners performed a similar case in the U.S.

A recent study by the University of Cape Town suggests that in South Africa, one in three women bleaches her skin. The women say they use skin-lighteners because they want “white skin.”  Skin bleaching is widespread from Africa through Asia and the Middle East to North and South America – promoting light skin as the standard of female beauty.

Skin whitening cream has become a big industry in the global beauty industry. Sales grew to $43 billion in 2008 (Dark Girls 2011, Norwood 2015). Africans accounted for significant portions of sales in Africa and African Americans in the United States (Dark Girls 2011).

Bleaching agents destroy or stop melanin production, the pigment responsible for skin color. Without Melanin, the skin becomes vulnerable to UV light and leads to cancer. Many of these skin bleaching products have hydroquinone, a substance that thins the skin to the extent that it easily rips and becomes hard to repair.

In pre-colonial Congo, dark skin was preferred to such an extent that parents put babies in the sun to become darker. However, today, 30-40% of women in the Congo use skin whitening cream.

Darker-skinned people worldwide continuously attempt to change their appearance to conform to socially constructed pre-existing stereotypes. Because of the white supremacy that exists, which subconsciously infers that to live successfully, one must conform to the social appearances of mainstream society.

In the documentary, “lighter skin women said they felt they had to prove they were Black when in front of members of the community who were of darker skin tones/” (Dark Girls 2011).

Major media publications like Time Magazine and the Los Angeles Times published articles that used headlines such as ‘Is Obama Black Enough?’ (Coates 2007). Questions surrounded the ethnic legitimacy of President Barack Obama not being black enough.

The Effects of the Media and Globalization

“The documentary accurately encapsulates the damaging effects media plays in shaping colorism and allowing for its perpetuation through the choice of actors, presenters, and musicians broadcasted globally. White women are the primary women in black music videos.” (Dark Girls 2011).

Gabriel explores how dark skin women are depicted as welfare mothers, and dark-skinned men are gangsters or criminals. In contrast, Black individuals of lighter skin are shown to be the ‘leading woman’ or ‘heroines’ (Gabriel 2007). Media platforms allow this continuance of social domination by exporting images around the world of western beauty standards that subconsciously encourage women and men to alter their appearance.

“While the U.S. simultaneously exports imagery of the ‘good life’ with ‘white western beauty,’ it allows ‘African Americans to internalize white-dominated American society’s ideals and seek participation in the American Dream by becoming whiter.”

In Conclusion, media outlets and globalization maintain structural racism by consistently displaying white beauty with success and negative images of Black people synonymous with crime, poverty, and unhappiness. “It not only causes discrimination between those of the same ethnicity, and has multiple other subconscious implications that transcend cultural boundaries and allows prejudice to form a preference for lighter skin people within our global society” (Dark Girls 2011).

Colonialists and white imperialists have contributed to this conception of prejudice through early forms of racial Caste systems of categorization and role assignment, which have been able to infiltrate various cultures through the media and globalization processes (Dark Girls 2011, Norwood 2015). 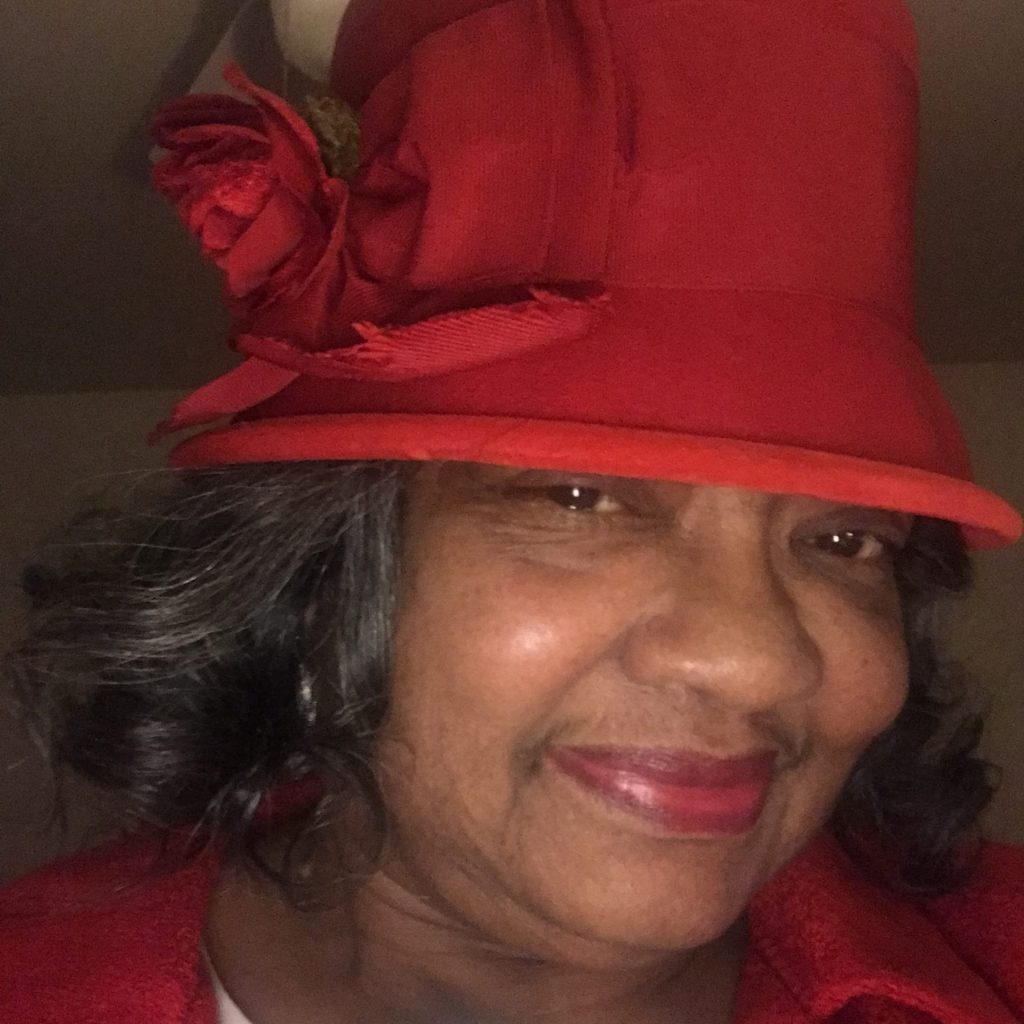 Heddy Keith M. Ed, CI, CPS is a retired master teacher, Hypnosis instructor, author, and speaker. She is the author of 3 books: Through it All: A Memoir of Love and Loss The story of her journey through grief and loss and healing from trauma. Through It All Trauma Recovery Journal and African American Scientists and Inventors an Accelerated Learning Curriculum, which teaches about the accomplishments of African American Scientists and inventors who contributed to our country and the world. Heddy is the founder and CEO of the Center for Leadership of Afrikan Women’s Wellness (CLAWW), whose mission is to increase awareness and develop a network of services and circles of individualized support for Black/African American women affected by trauma in Milwaukee County.